Well this was a fantastic gathering of the WVDXA!  Saturday, August 15, 2020, SIXTEEN members of the WVDXA took the time and made the effort to show up AND to participate in a "virtual" gathering via Zoom.  Attendance was up 60% over the June meeting which was really good to see.

You can see a screenshot of the meeting on the left side of this Post.  Click on the picture to see a larger image.

New members were welcomed, all members introduced themselves, and announcements were made about the WV State ARRL Convention next Saturday and about the current donations being taken by Hal, W8HC, for the JXØX DX'pedition.  Also, lots of information was exchanged back and forth, and members showed off their newly acquired WVDXA Mugs plus some recent awards and QSL's.  Charlie, N8RR, showed off his 3,000 ARRL Challenge Award and that garnered the greatest response from the group!

It was announced that the WV State ARRL Convention, usually held at Jackson's Mill near Weston, WV, this year will be held on ZOOM next Saturday, August 22, 2020.    Remember that the DX Forum is scheduled for 3:45 p.m. to 5:00 p.m. on Saturday, August 22nd.  The Topic will be "VP6R Pitcairn Island 2019 DX'pedition" presented by WVDXA member, Hal Turley, W8HC.  Details and a schedule of events can be found on the State Amateur Radio Council's website here:  http://qsl.net/wvsarc/

We had a great number of WVDXA members attend this meeting from outside the state of West Virginia.  Those were: 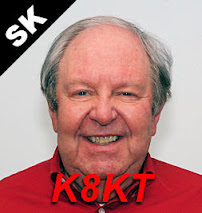 Also, a moment of silence was observed to honor the passing of WVDXA member, Karl Thompson, K8KT.  He was an outstanding ham and an even better "gentleman."  He will be missed by many!

The meeting ended very abruptly when the 40-minute time limit was reached.  In the past, Zoom has given us some grace beyond that 40-minutes but today, the clock ran out suddenly.  Lesson learned for future meetings.

If you have not joined the WVDXA "Virtual" meetings, you might think of doing so for the next one.  Members attend using external Webcams, built-in laptop cameras and a couple even use their cell phones. We hope to see you then!