The 2008 Dayton Hamvention saw a HUGE number of WVDXA Members attend. It seemed like you could hardly turn a corner on the flea market or pass a vendor's booth that you didn't run into a club member. Many were congregated around Rick, W8ZT's, flea market space as it appeared to be the "home base" for those in the flea market. The DX Dinner had no less than TWELVE WVDXA members in attendance! Here are a couple of shots of the two tables it took to hold all of us. BTW, Hal, W8HC, was not in his seat for this photo and, of course, I was behind the camera. 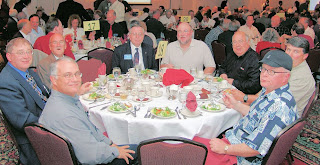 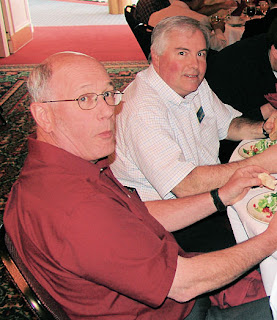