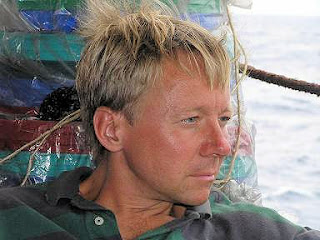 In the last few days, Vladimir Bykov, UA4WHX, has been operating from Mayotte as FH/UA4WHX.  You can see some photos from his current operation by visiting this DX-World page (https://dx-world.net/fh-ua4whx-mayotte/). FH, Mayotte, is only No. 103 on the Club Log Needed List.  However, I'm sure Vlad is filling in MANY Band/Slots for a lot of folks and even handing out the occasional ATNO!

Do you realize just how prolific this single DX'peditioner has been over the years?  He has operated from dozens and dozens of countries giving New Ones to thousands of DX'ers.  Just during the last month he has operated from the following places.  Click on the callsign to link to the DX-World page describing the operation with photos.  S70VB - Seychelles, 3B8VB - Mauritius, 3B9VB - Rodrigues Island, FR/UA4WHX - Reunion Island, and currently FH/UA4WHX - Mayotte.  Particularly note the write-up on the 3B9VB operation regarding Cyclone Gelena passing right by Rodrigues Island while Vlad was there.

He is a one-man operation running just 100-watts to wire antennas.  Check out his innovative antenna set-up on his QRZ web page.  Note that he also holds a U.S. Amateur Extra Class license - AC4LN.

Unfortunately, Vlad does NOT use LoTW so you will need to QSL him directly.  He has detailed instructions on his QRZ web page about sending for a QSL.  He does accept QSL requests via PayPal so that should speed up the process for sure.

I have scoured the Internet for an exhaustive list of calls for UA4WHX's operations but can not find such a list.  So, I used a few sources to put together the following list.  I plan to check this list against my own log to see if I have some gems just waiting for a QSL from Vlad.  You can see the actual QSL's for many of the calls below at this web site.  Also on that web site is a link to a 2009 audio interview with Vlad by OE1WHC.  You can gain some very interesting insights into Vlad himself and what it is like to operate from these DX locations by listening to this 14 minute interview.

My logging program, LOGic, has been promising for many months to add a fix that will allow WSJT-X QSOs to automatically become a part of my LOGic log.  I have been logging those QSOs on paper and then later typing them into the LOGic program.  But I finally got tired of waiting for the fix and decided to learn how to export my FT8 and other QSOs out of WSJT-X and into LOGic.

I thought that would be simple.  I was wrong.  It took many hours for me (not the most computer literate guy in the world) to finally make these transfers work quickly and smoothly.

WVDXA President Clark Stewart W8TN suggested I put a "how-to" into writing in case others have been having similar problems with their logging programs.  I won't go through all the other methods I used, all of them taking several steps and wasting time before QSOs would finally get into my logging program's log, but here is the explanation of what I finally did.

First, in order to import into LOGic I must click on an "import" tab and then an "ADIF" dropdown tab.  That brings up a window that allows me to browse for a file's location.  I can then browse to most places; like desktop, documents, downloads, etc.  However it will not find the directory where wsjtx_log.adi is located.  Specifically it will not browse me to C:\Users\Garry\AppData\Local\WSJT-X\wsjtx_log.adi.  Even when I typed all that into Logic's window, it would not take me there.  It just kept telling me the file was not found and instructing me to check spelling and try again.  I must have done this 50 times over the past few days.


However, I finally discovered a way to get LOGic to the right location.
I remembered that LOGic's export window always opens at the last place that it found and used an export file.  I figured that LOGic's import window would do the same.  If I could only get it to the right location in the first place, it ought to automatically go there the next time.  So, I went into the WSJT-X program and put my cursor on the wsjtx_log.adi file and right clicked.  That took me to a "send to" button where a dropdown allowed me to send a shortcut to the desktop.  LOGic's import window went there without problem and did the import, and now (voila) every time I call up LOGic's import window it takes me to C:\Users\Garry\AppData\Local\WSJT-X\wsjtx_log.adi automatically.  Eureka!
Whew.  What a struggle.  Now the process is simple as long as I remember to erase the log file in WSJT-X after each export.  That way only the new contacts are added to my log each time I import in LOGic.  Otherwise the QSOs that were transferred before will be transferred again putting duplicate QSOs into my log.